Armed with a cup of menstrual blood and a digital ouija board, Andy and Evie meet in the forest to hex Evie’s uncle. They’ve been talking to a dead witch online, she’s given them a spell but asked for a pretty big favour in return. What could possibly go wrong? ¯\_(ツ)_/¯

The arrival of Evie’s weird aunt, and Sue-Anne, the Mayor’s daughter, forges an unlikely coven and propels the story down into the nauseating dream-logic of the underworld. They must learn to speak the mother tongue. They must listen to the crone and the crow.

“The production also owes a lot to its design team. Romanie Harper’s flexible set is bisected by a white curtain and features tarpaulins covered with earth, which are lifted up to become some kind of suspended pod. With the aid of Amelia Lever-Davidson’s lighting, it suggests the shifting between different dimensions; during the dream sequence, for example, which otherwise feels subterranean, there’s a beautiful projection of clouds moving across blue skies.”

“The performers are framed and elevated by the show’s production elements… Amelia Lever-Davidson provides an interplay of colour, light and dark which avoids the obvious and sets the atmosphere well.”

“…the design and performance style offer plenty of bewitching moments” 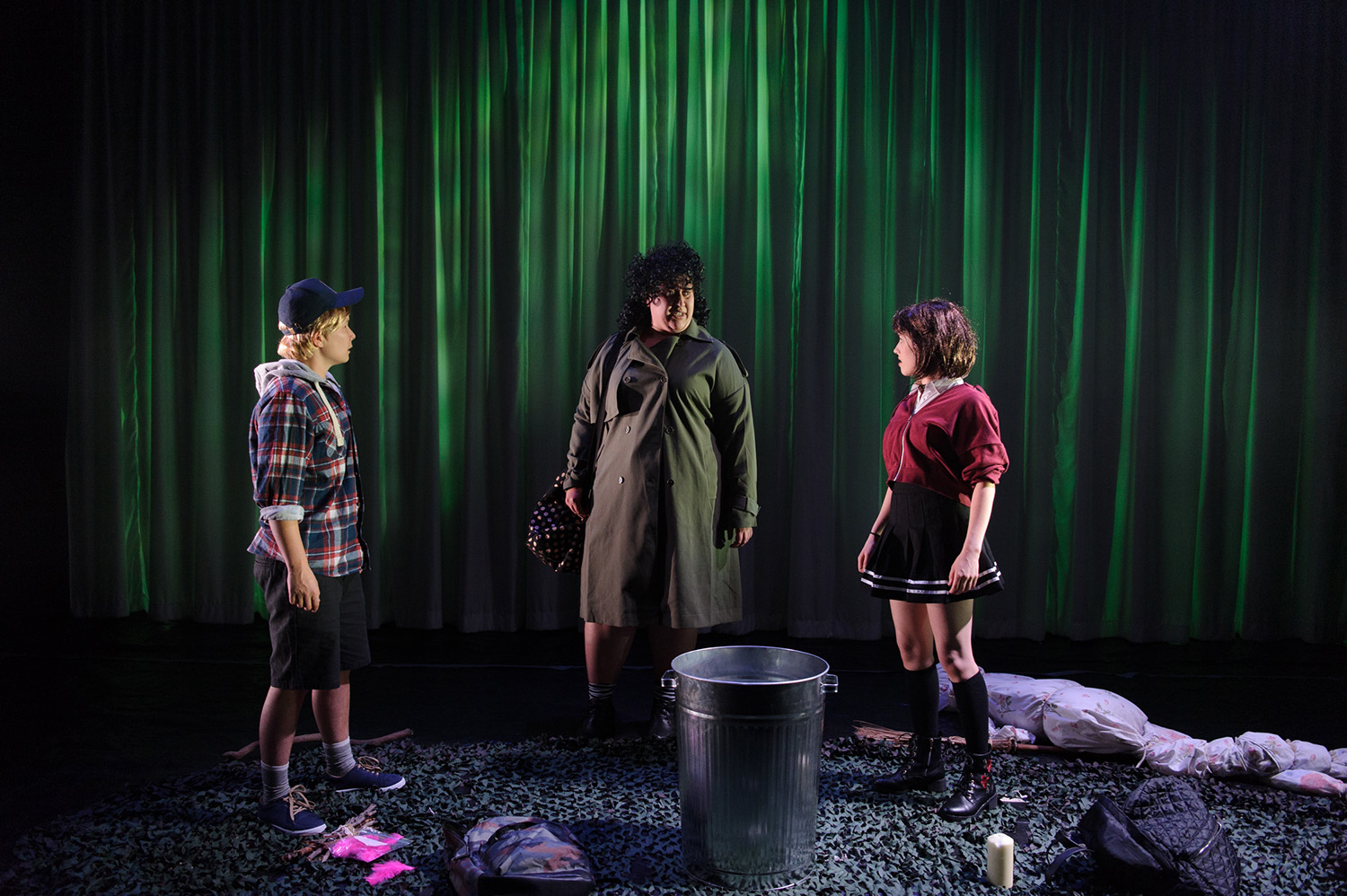 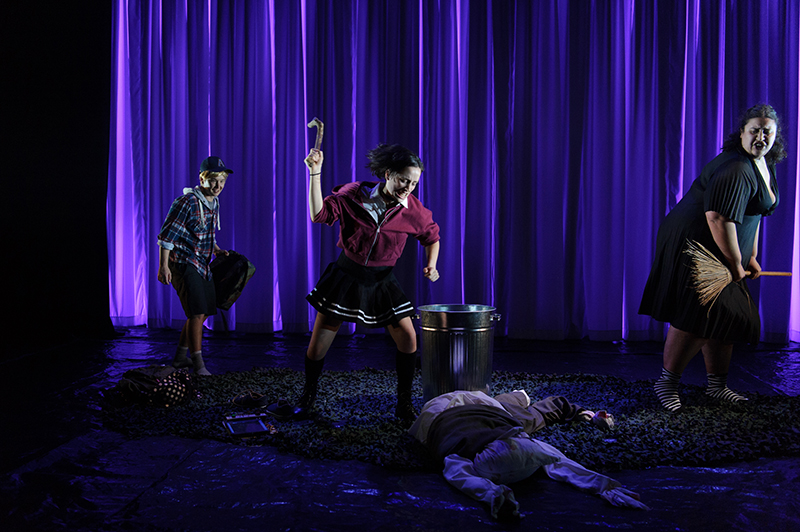 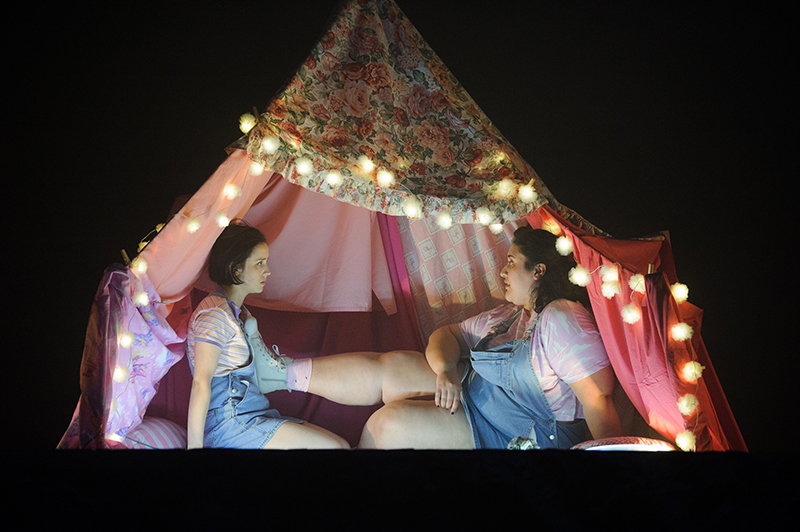 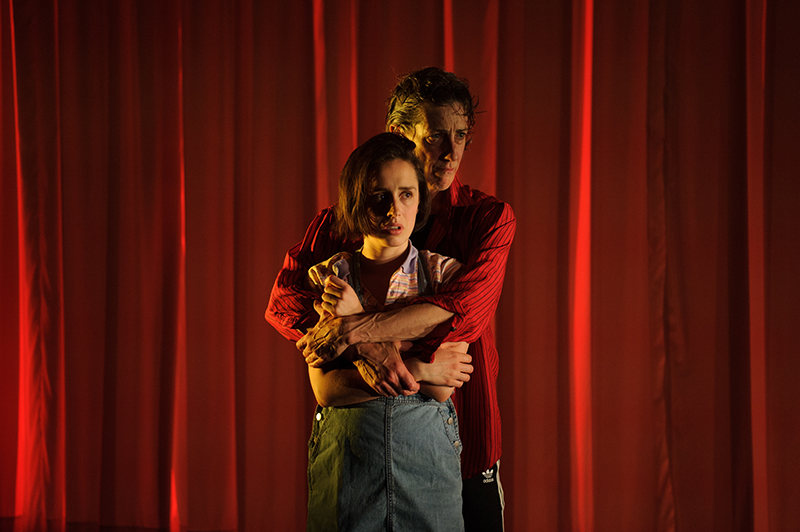 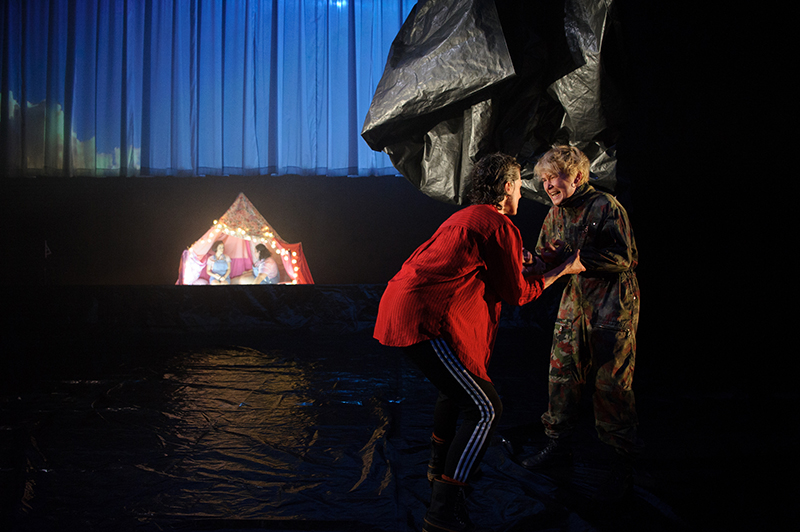 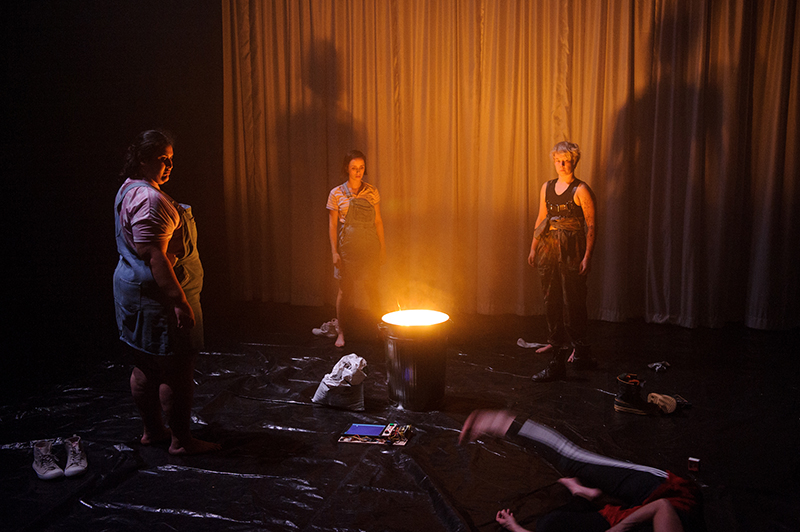 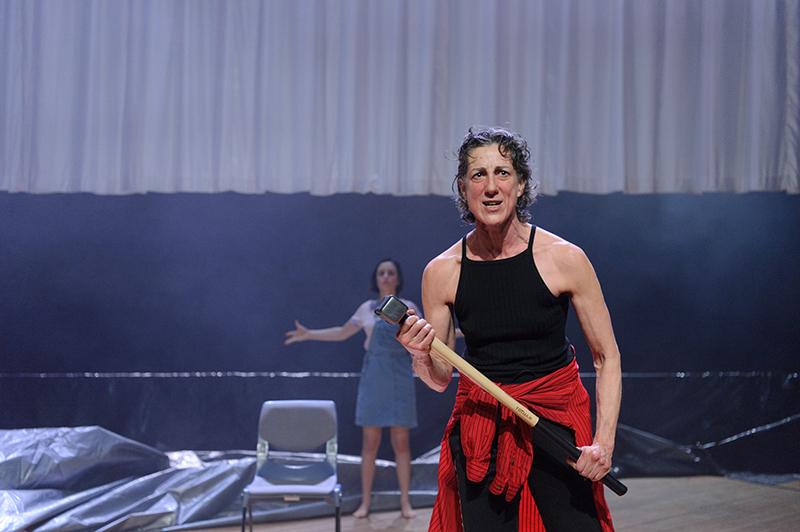