This Is a new show!

In an absurd vision of a future that’s hurtling towards us, Lauren Langlois and James Vu Anh Pham present physicality as the last frontier of what it means to be human. A hybrid of contemporary dance and physical theatre, Nether invites you to enter an exhilarating visceral labyrinth, where the metahuman, memory, and technological obsessions collide. Using non-linear narrative techniques Nether is a response to a society that puts constraints on us, where dystopian worlds meet frenzied dance, asking the body in crisis to explore the subtleties of human existence. What happens when our humanity is stripped bare and all we are left with is embodiment?

Chunky Move’s commissioning program Next Move is dedicated to supporting the next generation of Australian creative talent. Since 2007 Chunky Move has commissioned, produced and presented 11 new works by young makers through the Next Move program, including Mermermer (2016) by Jo Lloyd with Nicola Gunn, Miss Universal (2015) by Atlanta Eke, AORTA (2013) by Stephanie Lake and Keep Everything (2012) by Anthony Hamilton.

“The cascading beams of light from a single source against a jet-black stage make quite an impression in the opening minutes, before the two dancers appear. During their routine, my emotional reaction to the performance varied as the mood shifted. My sensory perception was heightened by the sights and sounds. As Vu Ahn Pham in particular stepped in and out of the light, I felt like he was moving from one realm to another.”

“The impeccable lighting design (Amelia Lever- Davidson) and sound and video composition (Alisdair Macindoe) are vividly integrated, creating alternating realities that are mesmerizing, as they merge in a counter balance of striking and confronting physical performance.”

“The [lighting] effects create corridors and different levels in space where the dancers appear and disappear, sometimes seeming to inhabit different planes. One wonderful effect has broad bands of shadow appearing to wrap themselves around the dancers’ bodies and stretch and pull at their limbs and torsos. Although a very prominent feature, the lighting by Amelia Lever-Davidson is not overdone but anchors the work in its imagined future dystopia.”

“Nether opens the program with sharp beams of light that expand to divide the stage into liminal, malleable and artificial segments. Langlois and fellow dancer James Vu Ahn Pham slip between these worlds, and as they move, it is almost as though their bodies and movements are fragmented by the passages.”

“Langlois’s Nether begins with a spectacular display of white lasers, emanating from a single source to create sheets of light that carve the empty space into a dynamic geometry. Along with Alisdair Macindoe’s pulsing electronic score, Amelia Lever-Davidson’s lighting design is a major feature of the performance: it makes light seem a material object, dividing the space like pulsing fabrics, and interacting with the two dancers, Langlois and James Vu Anh Pham.”

“Pham’s body moves through these curtains of light as if they are material boundaries. The transitions through these thresholds made me think of Bill Viola’s video installation Ocean without a Shore, a deeply moving work drawn from Sufi mysticism that explores the permeable barrier between life and death. The membrane that separates the souls in Viola’s exhibition is a veil of water, rather than a sheet of light, but the movement of interruption and pushing through is very similar.” 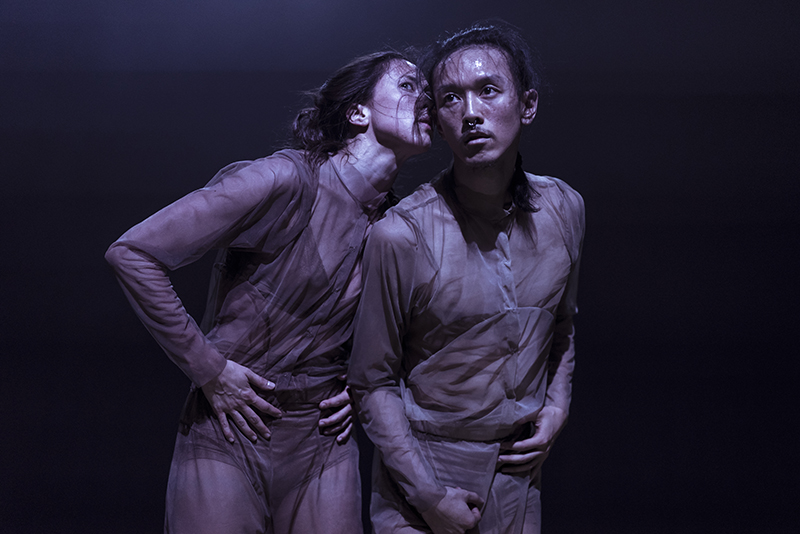 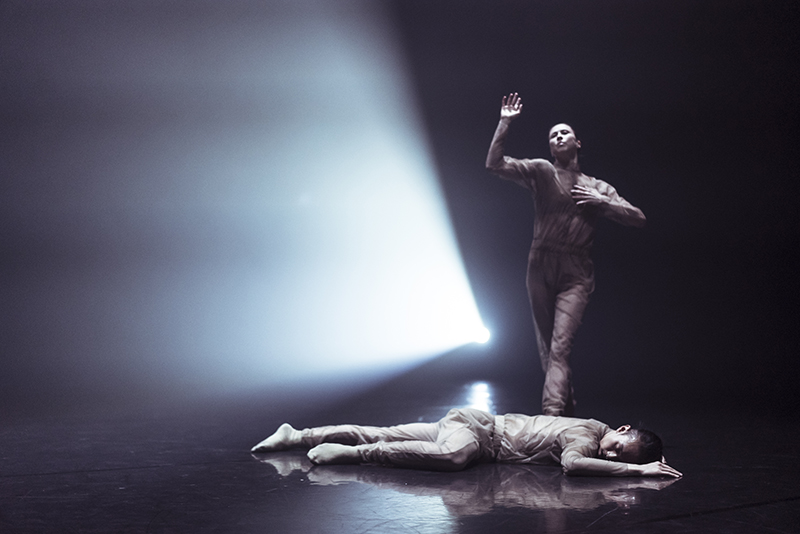 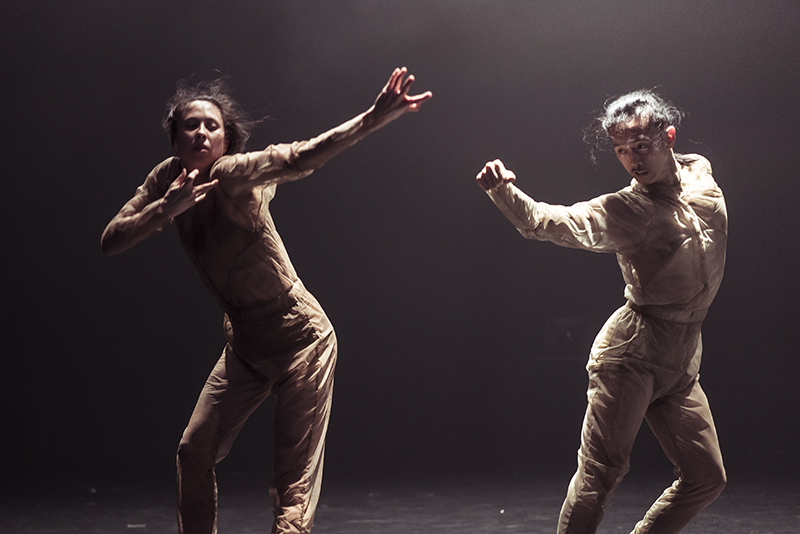 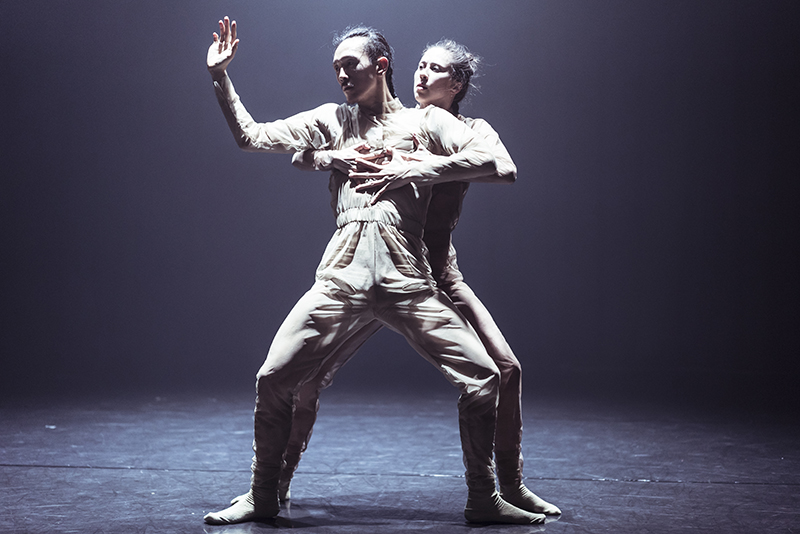 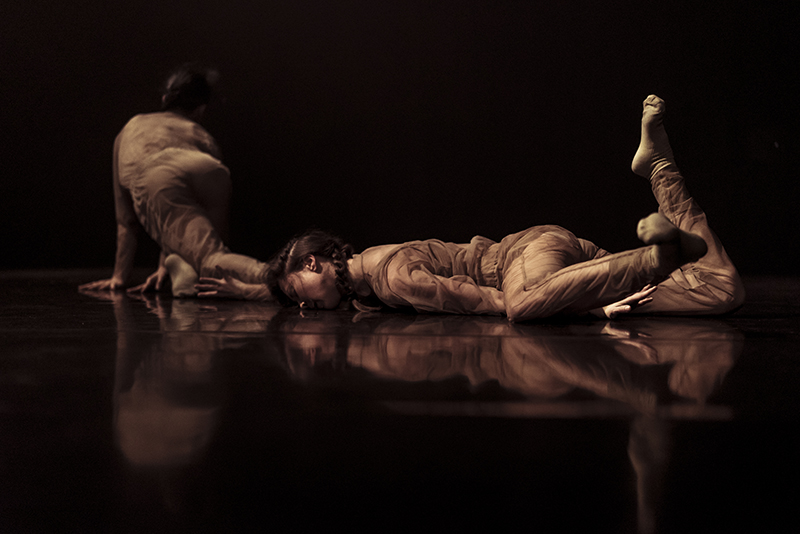 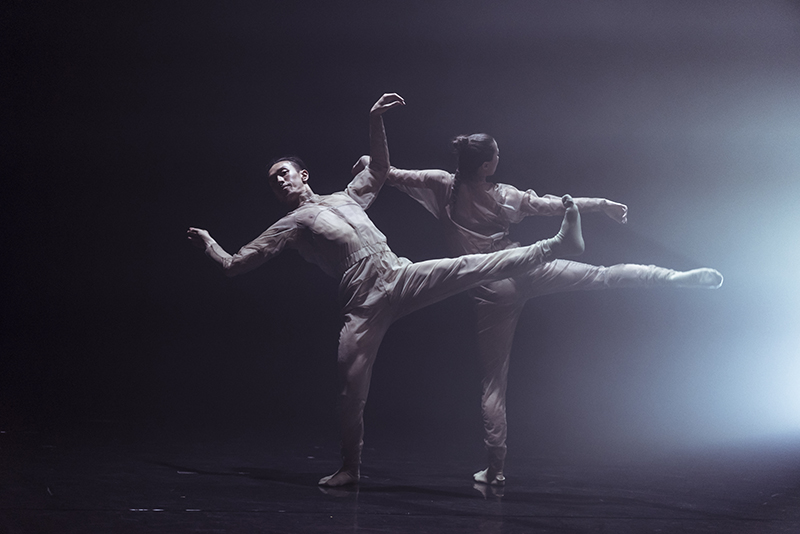 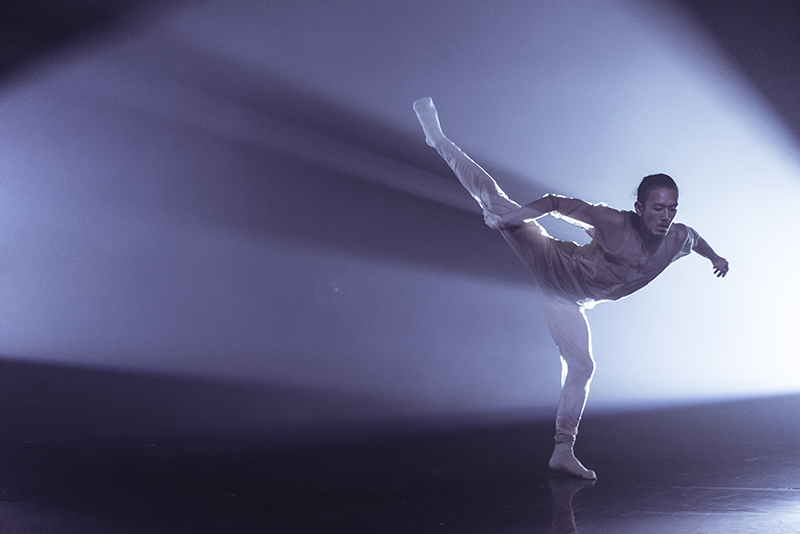 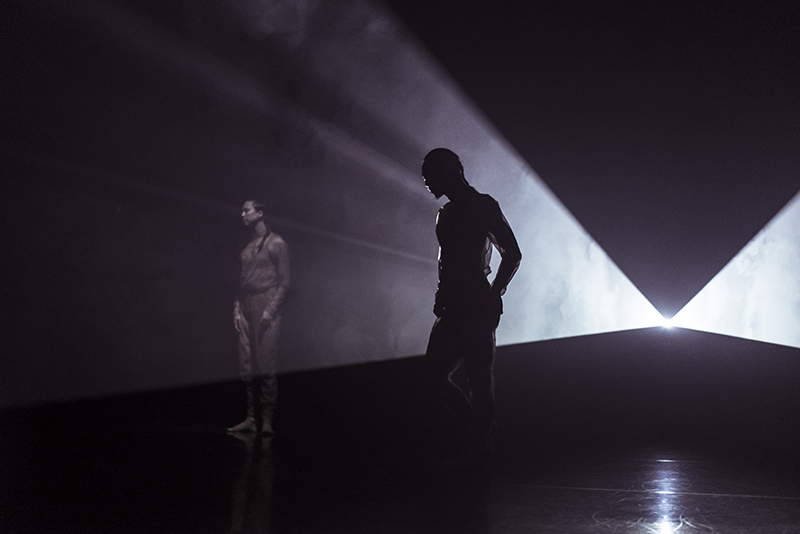 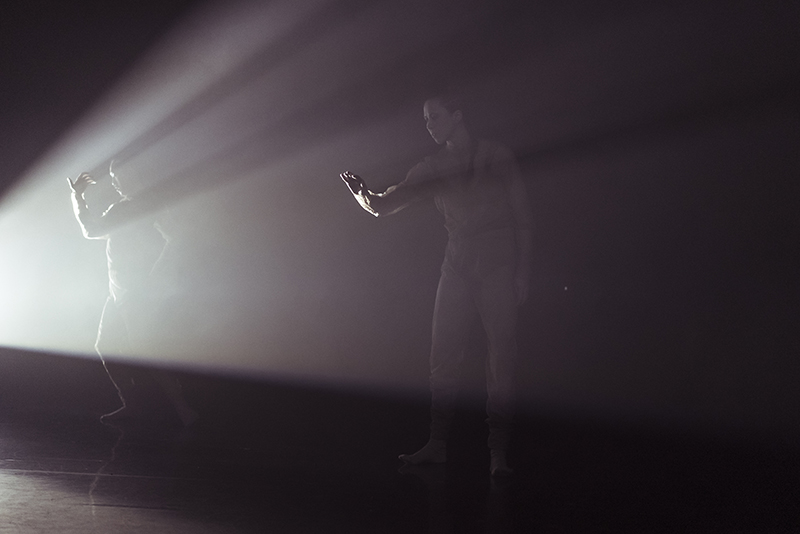 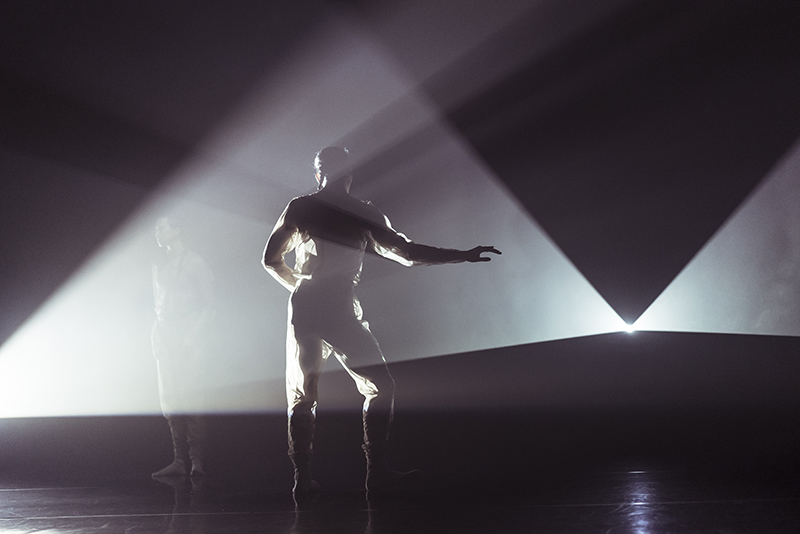